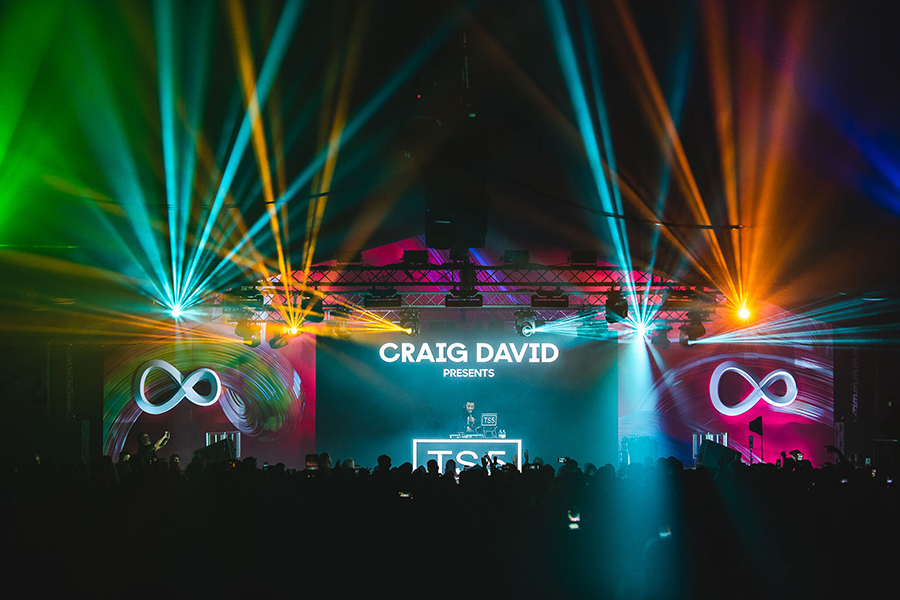 In October 2019 Virgin Media invited us to help them design, build and produce an event to celebrate the arrival of the UK’s fastest home broadband, to the Southampton area.

Virgin Media was to bring Southampton singer Craig David back to headline the show, which would take place at St Mary's Stadium, home of Southampton Football Club.

Our designers were given a strict set of brand guidelines from Virgin Media to design the stage set. Taking colours and patterns from the campaign around their new Gigabit Broadband. The design was printed onto Foamex and applied to flat walls to be installed on-site.

To make Virgin Media’s logo stand out, we suggested that we take the Mobius shape surrounding their logo, and create it in a 3D form. We created two of the sculptures at our workshop in Bristol, cut using a 5D axis robot and ensured that they could be safely attached to the stage set once they arrived in Southampton.

A temporary structure had been built outside of the stadium to house the event, due to sports fixtures taking place in St Marys. The venue was bare so we had to install all of the basic health and safety requirements to allow the event to operate, as well as decorative and visual elements.. 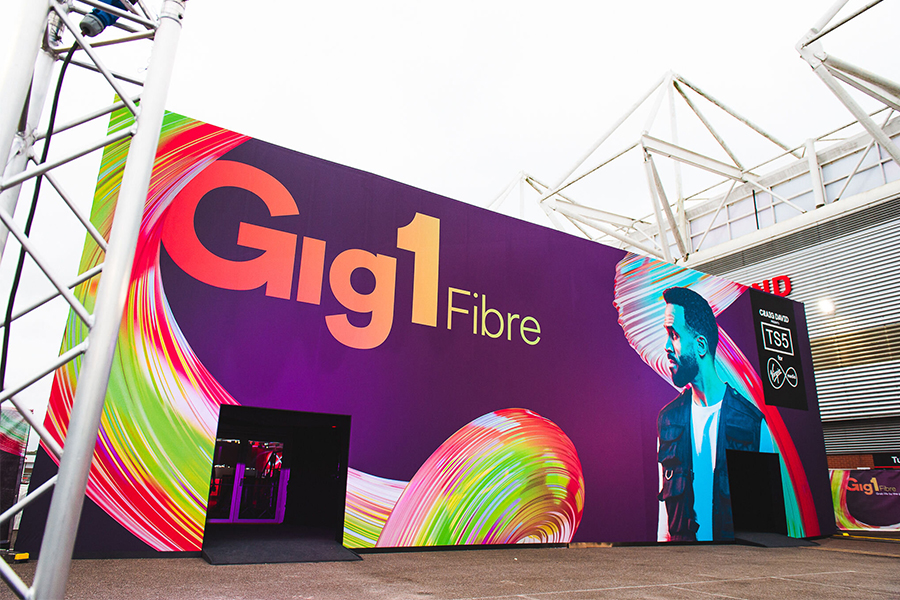 After building a temporary road within the venue so that we could use cherry pickers on-site, our team set to work installing the stage and set. The set was 8 metres high and 16 metres wide. The Mobius logos were installed into the set on either side of the DJ booth. 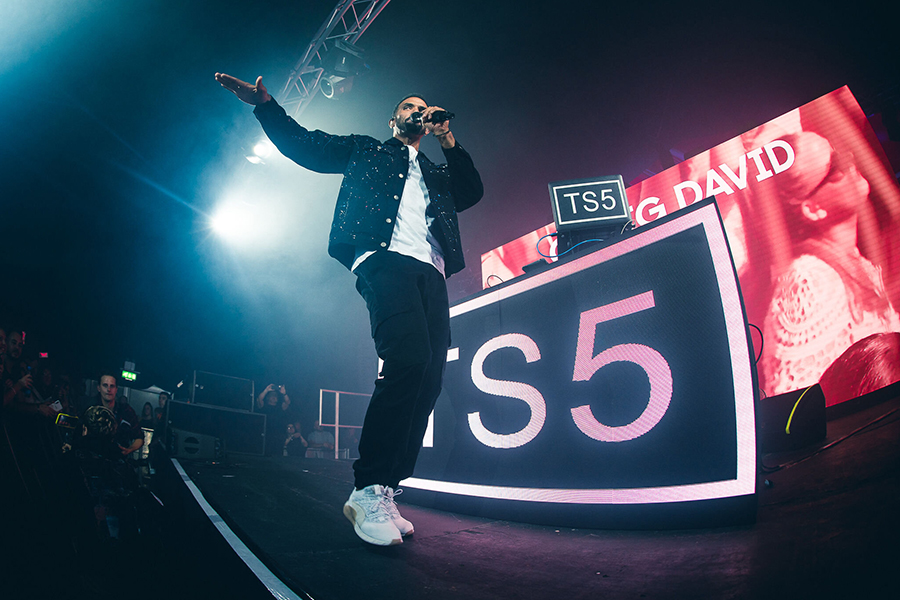 We installed two video screens on the stage that would be used throughout the performances, that would display graphics provided, using our 3mm pitch video wall product. In the centre of the venue, we installed several trusses which were used to support a variety of different lighting and SFX units. We used our top of the range L’Acoustics sound system to power the venue’s audio solution. The promotional event gave Southampton residents the chance to win free tickets to the show, who were chosen by ballot to win a pair of tickets. 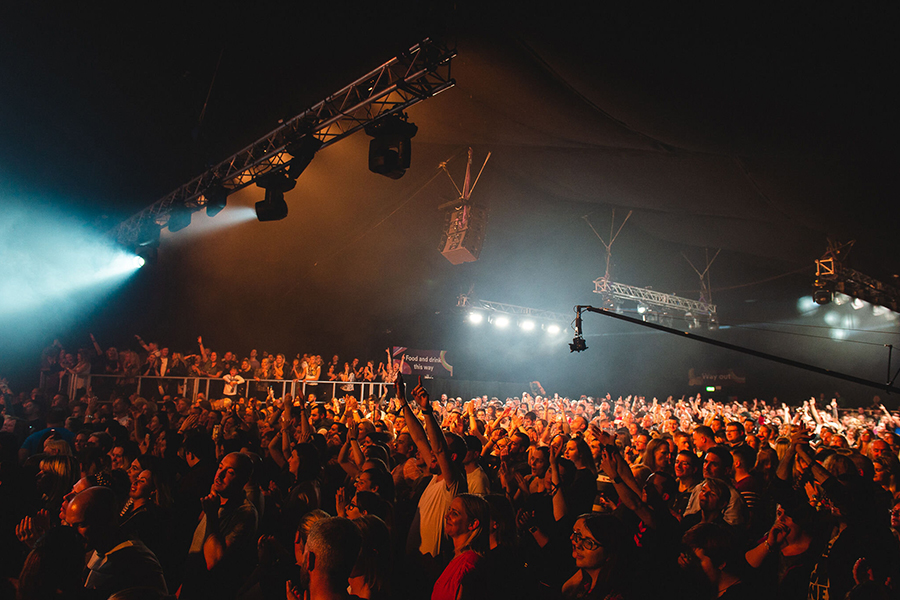 DJ’s Joel Corrie and Kirby performed on the night warming up for Craig David to perform his iconic TS5 show. 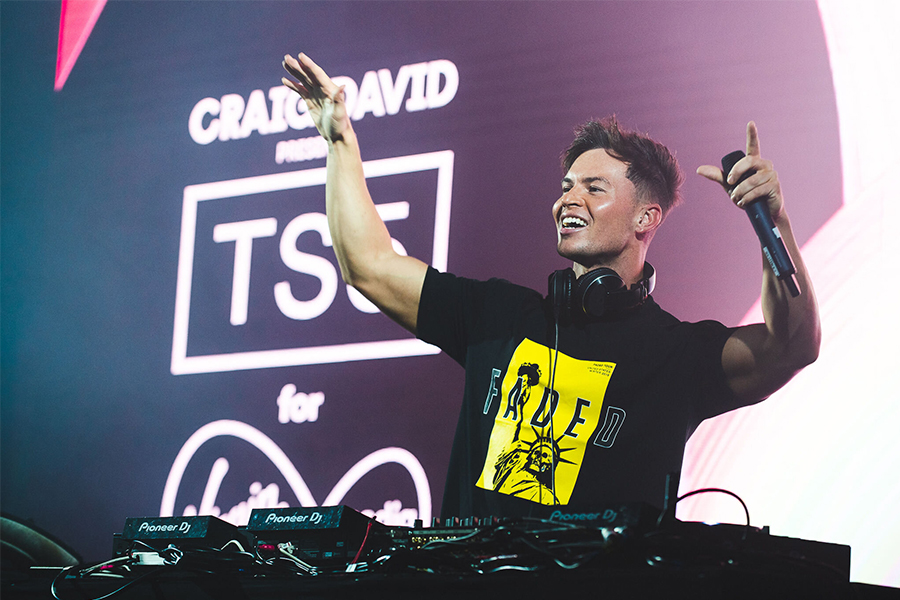 Our team managed the technical production from start to finish. Ensuring all of the DJ’s had their technical riders fulfilled, and managing sound, lighting and SFX throughout the show. Given an extensive lighting production setup, this created truly awe-inspiring results. 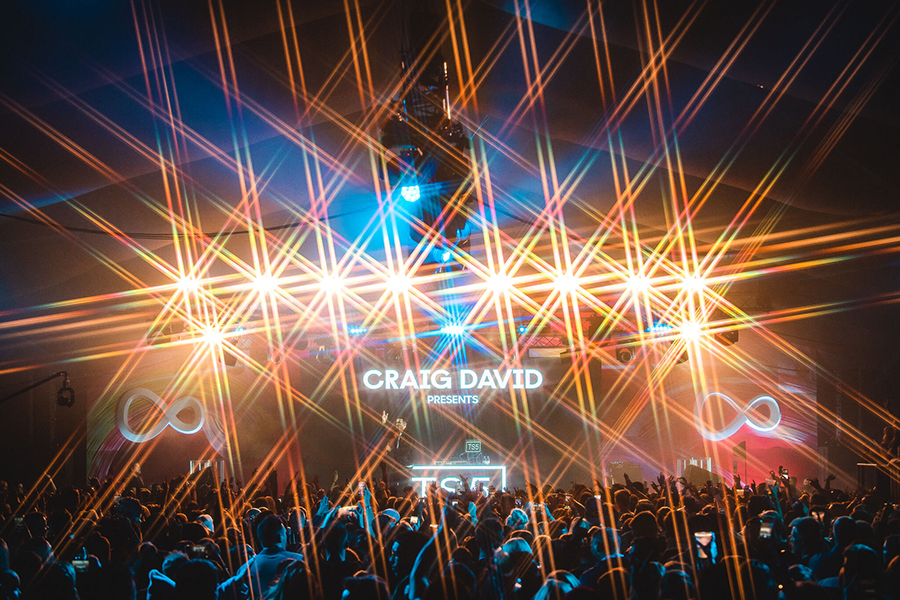