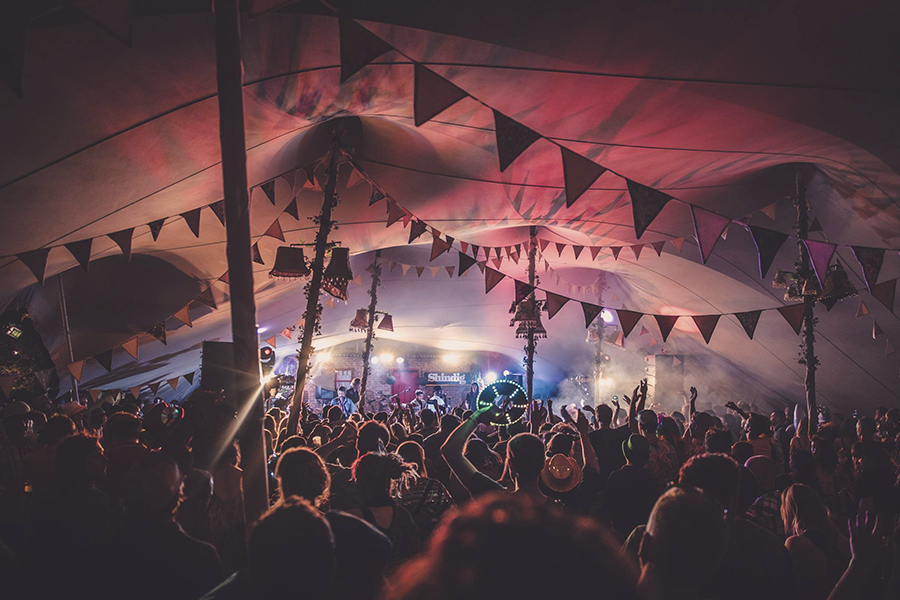 We were honoured to be asked by Shindig Festival and their promoters Ghetto Funk records to host one of their main stages at their successful festival south of Bristol.

Ghetto Funk is a Bath-based record label and their own stage at Shindig Festival hosted many artists on their roster, including DJ Yoda and Shaka Loves You. The importance of AV in festivals has grown over the years, with music fans wanting an extra dimension from their favourite artist.  Each performer on this stage enhanced their music with an accompanying video, which is why ensuring the video wall could be seen was integral.  AV technology not only improves audience retention but also allows the audience to have an increased comprehension of the music and ultimately, feel more connected and involved with the show.

Having gained local repute for our work across creative design and project management, plus our technical work within lighting, staging, sound and video we were contracted to host the Ghetto Funk nightclub, one of the main stages within this unique party destination set in the beautiful, rolling hills of Somerset.

Our involvement was centralised around a desire to create an audio visual spectacular, far surpassing what they had produced in previous years and to align with some AV performances from Audio Visual headliners this year, such as DJ Jazzy Jeff and DJ Cheeba, both performing special AV sets.

The festival has many stages and was headlined on other stages by Soul II Soul, Mr Scruff and Norman Jay.

The stage position itself posed unique challenges. The land where the stage was set to sit was on a hill, with a 1m+ drop between stage left and stage right. The kingpin of the tent could not be aligned fully vertical.  This causes the tent structure to be weaker in form and if there were any significantly high winds, the canvas of the tent could be stretched and eventually torn.  Similarly, if the canvas is moving in the wind, it can put pressure on the truss grid and put could potentially become dangerous.  We had to work around the clock to monitor both the wind speeds and the structure itself, liaising with the tent hire company to ensure the safety of festival goers and crew alike. We had a detailed plan in place for the evacuation of the zone in the event of bad weather. This was some of the most difficult sloped ground we’ve had to work on, outside of the alps, which can require working on banked and sloped snow.

To overcome this level issue, we used a series of packers underneath each leg and in areas had to dig down to secure legs in places.  We used screw jacks on our Litedeck staging product which can be un-winded to raise or lower leg height, ensuring the horizontal truss was kept away from the tent.  Our stage system is designed around using the Spirafix for applications on grass, so we had a series of these rated products securing the structure to the earth.

Instead of using a chain hoist or sling, which would apply in most cases, due to the slope of the tent we were only able to get the truss to a certain height, meaning that if we used chain hoists, the video wall would have hung lower than ideal audience viewing. We therefore manually dead hung the horizontal video wall to guarantee it could be seen from the crowd at the optimum position.  This took a dynamic risk assessment and careful considered installation from our team of qualified riggers.

If you’d like to find out more about how we can help take your event to the next level, please feel free to get in touch on any channel. 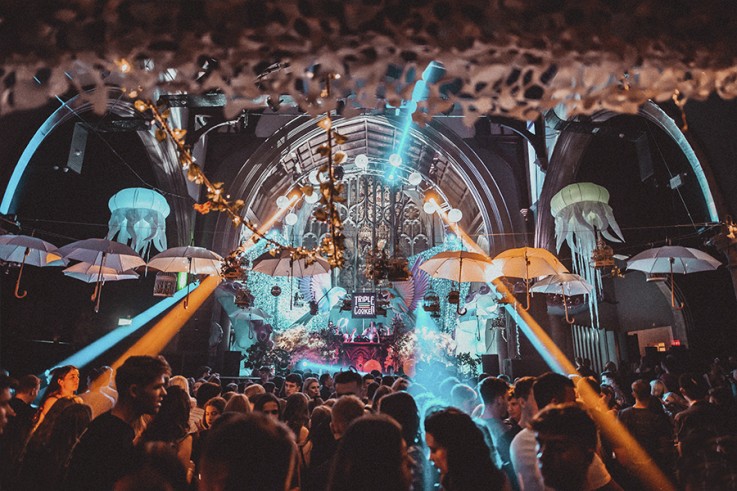 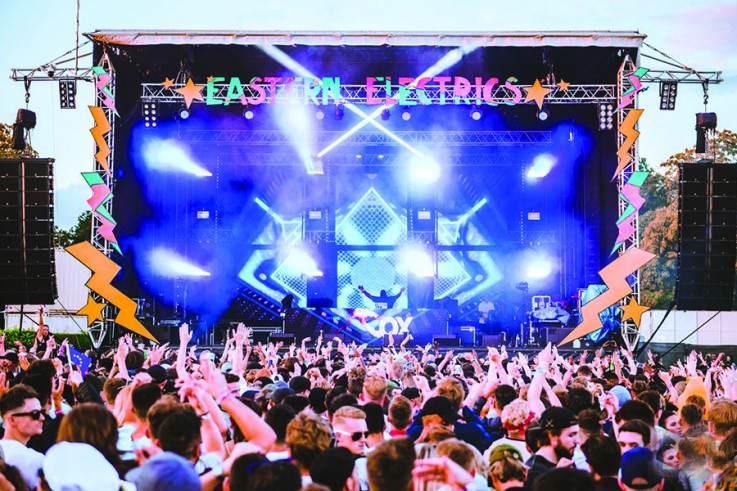 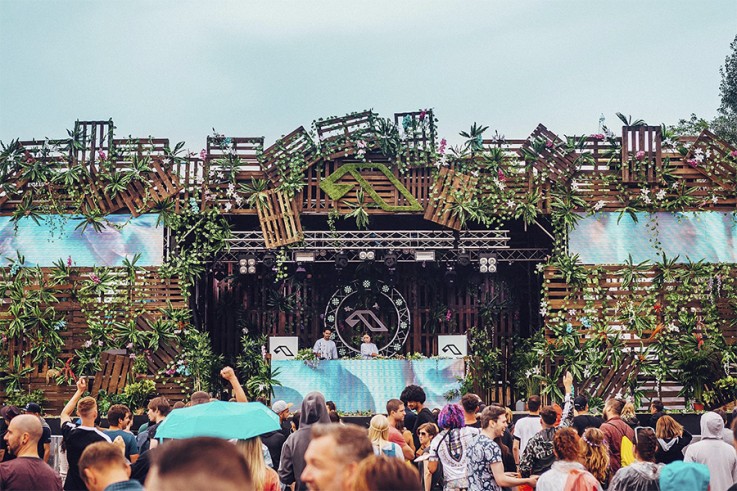 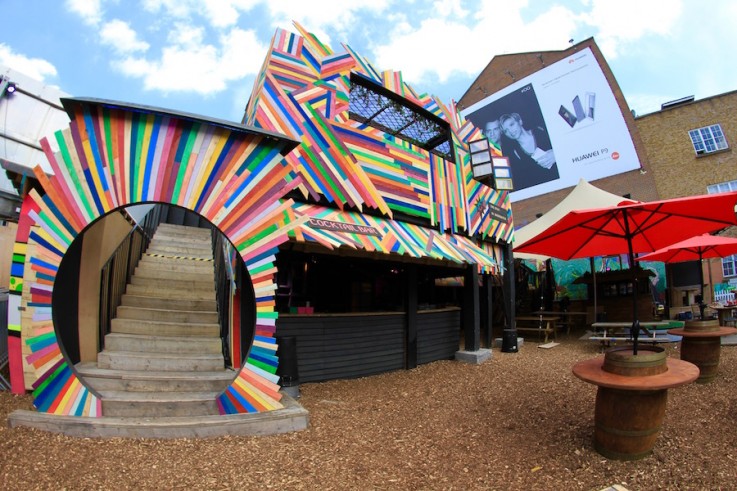