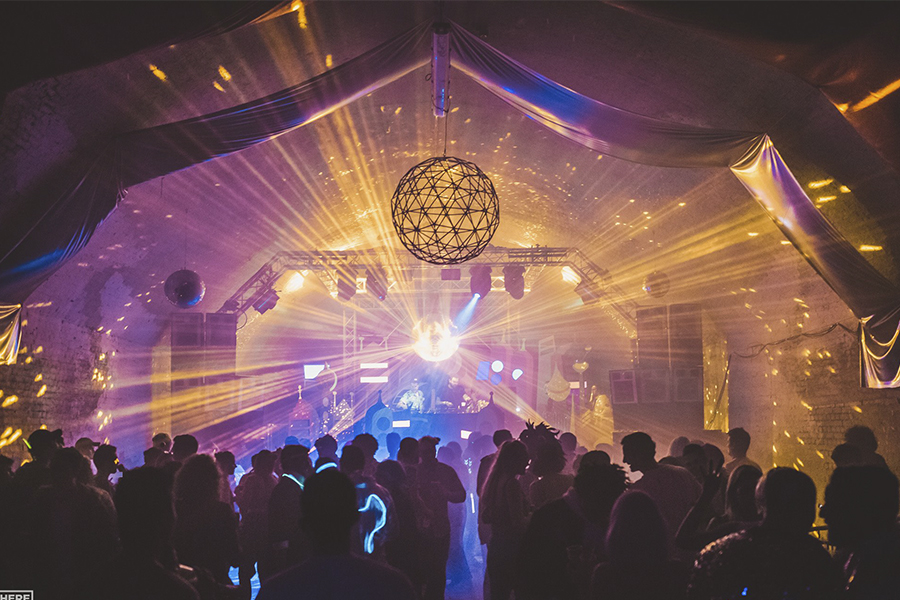 Percolate are a renowned predominantly London based touring club night and event series brand. We have worked with Percolate on their larger scale events and briefs for the last few years. Their events range from small 200 cap sweaty raves to larger events such as a headline show for Crazy P at the Roundhouse in Camden.

For their Halloween event, Percolate joined forces with Regression Sessions to produce a two-night double-themed event in a warehouse on Great Suffolk Street, London.  We were contracted to collaborate with both promoters on the decor, lighting, video, structures and staging, in addition to advising on the event management side of things including health & safety and risk assessment.

The first night, for Regression, was Circus themed which was followed by an otherworldly space theme for Percolate called Andromeda 54, a play on the famous Studio 54.

The venue posed a particular challenge. Used as a car park in the day time, we had a short time frame to bring in the entire infrastructure for the club night events. We were given access on Friday morning and had around 12 hours to transform the space into the immersive rave our clients were looking for. When working in such an unusual space, we made special attention to make sure all details were thought through and planned meticulously so that everything went in first time, as there was no margin for error or mistakes in the production.

The first event lasted until the early hours of the morning. Immediately after the event, at around 5am our teams arrived to transform the venue for the following night. With such ambitious décor themes for the two separate nights, we had to work for a full 15 hours to bring the transformation to the spaces.

For both sets, we utilised our video wall panels in a custom arrangement throughout the DJ booth and elsewhere in the set design.  Our P6 video product is suitable for all types of video arrangement, from a full large scale single wall for display of graphics, presentations or football matches all the way to immersive and unusual lighting effects, such as those adopted within this project.  Working with the promoter on design concept, the video wall was revealed through windows in the wooden frame and played bright and colourful content curated by us.

Using our Milos 290V truss product, we built a bespoke truss grid, held from motors from RSJ beams in the roof. In order to guarantee the loading of the beams, we weight load tested them for our proposed use and worked with the venue for information on the structure of the building to ensure we had any further information we needed.  The lighting rig consisted of a range of Chauvet intelligent lighting fixtures from moving head washes and beams to par cans, batons and sun-strips, complemented with a series of Atomic 3000 strobes.  We also used our red laser array product to give a futuristic feel to the events. Enhancing the lighting rig was a huge 1-metre diameter mirror ball, spinning on a motor.

Draped fabrics decorated the ceilings, with a different arrangement for both evenings. Reds and yellow transport attendees to a circus tent and yellow and silver to portray a spaceship for the Saturday night.  We have a range of décor options available in-house including 100’s of metres of fabrics of all different kinds, army style cargo nets in camo and white and other ‘roof-hang’ systems which can quickly transform a room.

For the DJ booth we designed and built a custom plywood unit, painted by hand as a spaceship control booth.  The unit featured a DMX controllable lighting rig, which was a series of LED tape products with a custom built Arduino controller programmed and designed by our hire manager, Josh.  The promoter provided spacesuits and other props for additional final decoration.

The events were attended by party-goers in their thousands and it was a thoroughly enjoyable project to be part of.  If you’ve got a space you’d like us to transform, don’t hesitate to get in touch. 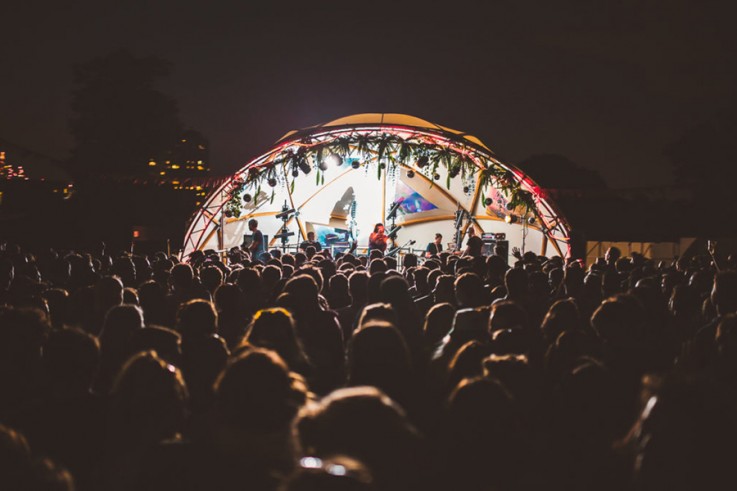 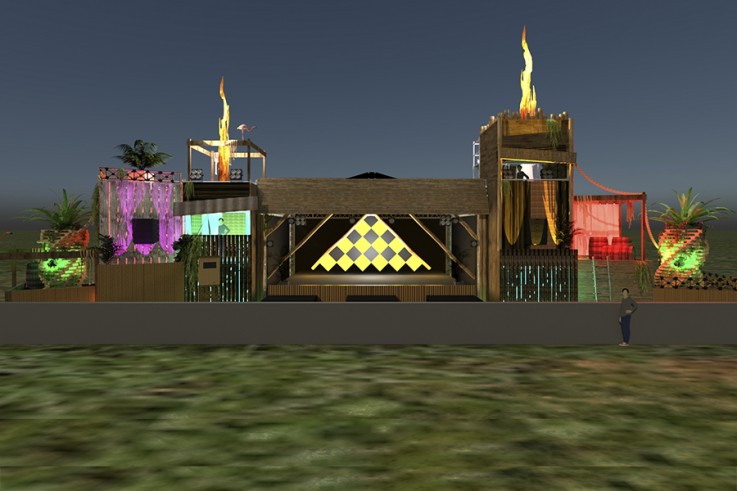 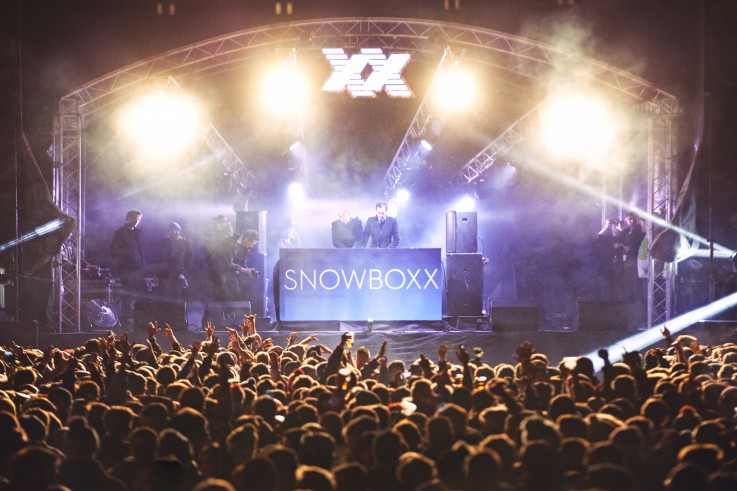 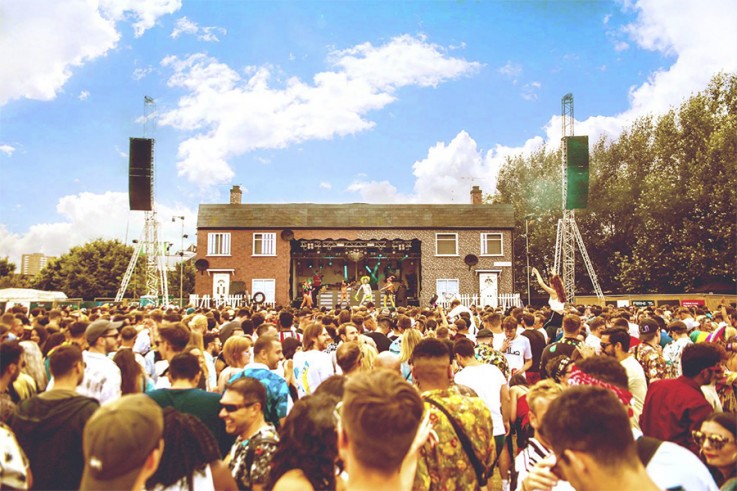