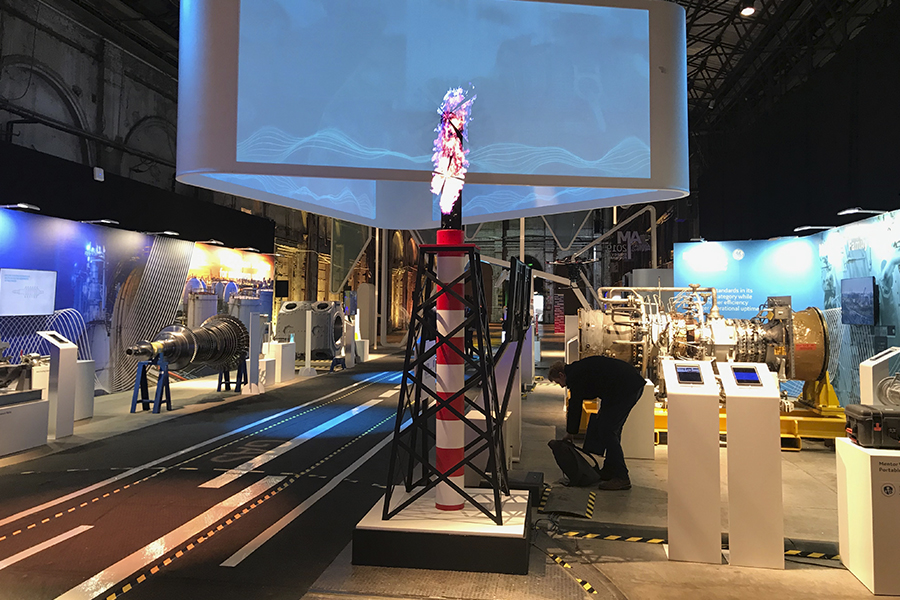 We were tasked to build two creative installations for General Electric’s technology division.  These installations would be key features of a Baker Hughes’ exhibition in Florence, Italy. After their week-long feature in Florence, the structures would be travelling around the rest of Italy before making their way to Austin, Texas.

With each stop on the tour, a new GE team would be putting the structure together and therefore, simplicity was key.  The towers were welded from a metal frame, which was painted and textured as per the brief.  We used pin hinges to eliminate the need for screws; all that was required was a hammer to create the large scale structures.  We also provided a detailed user guide to accompany the units on their tour around the world.

The towers were created to promote the Kino-mo, a new piece of display technology which gives the illusion of a hologram.  Surprisingly high-resolution, the Kino-mo resembles a propeller with blades covered in LEDs.  Once the blades start spinning, the LEDs light in sequence to build a 3D image within the diameter of the blades.  Although the images aren’t strictly holograms, being created with LEDs instead allows the images to be seen at distance and under bright lights.  This tower was bespoke and projected a 3D flame.

All the tech was housed inside our metal and wooden framed unit, with power and other tech hidden in cable runs.  We are regularly tasked with producing bespoke creations for brands and technology companies looking to create a buzz around new products and services with integrated designs that naturally show off their products. The units were featured on CNN news as a part of the exhibition displaying up and coming technologies.

The second part of our brief was to create a large set flat box, wrapped in a Baker Hughes graphic, with artwork customised, printed at fitted by our design studio and fabrication workshop facility in Bristol.  One side of the box featured a large window which revealed a hologram image for onlookers.  The hologram effect was achieved by using holographic gauze and a 10k laser projector, plus unique software encoding.

Working in Italy presents interesting challenges which we are accustomed to having produced countless events in the region since our inception in 2009.  If you’re looking for help with building a bespoke item for an event, a tour or digital technology project, please don’t hesitate to get in touch. 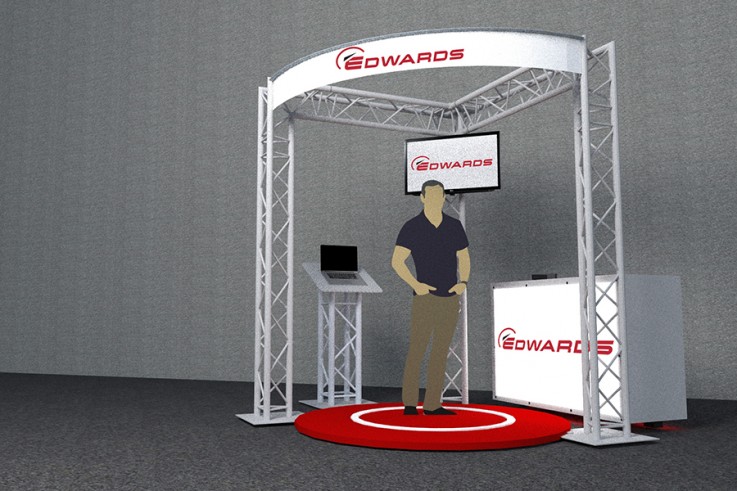 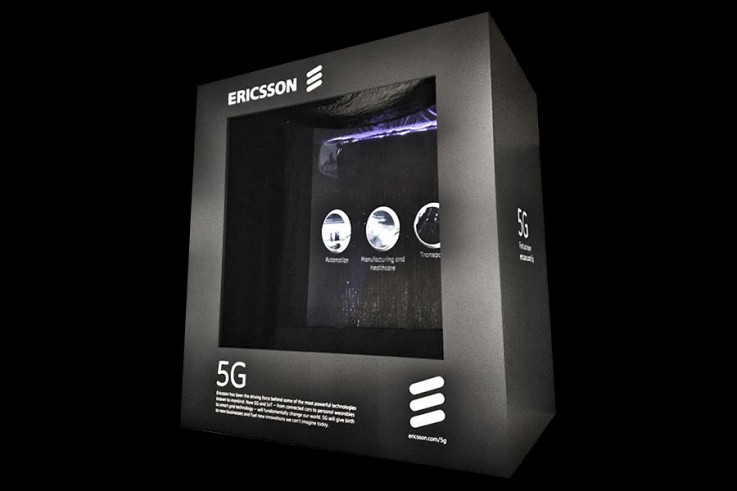 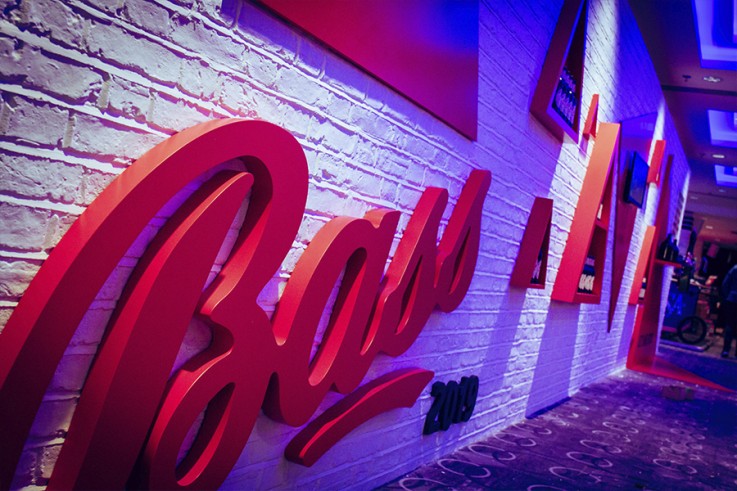